In order to fulfill his campaign promise of reshaping the agreement, President Trump is working with U.S. Trade Representative Robert Lighthizer in order to determine whether or not the country should withdraw from the agreement or renegotiate its terms. Over the past few weeks, many logistics providers have called for Lighthizer to attempt to modernize the agreement instead of abandoning it entirely.

The North American Free Trade Agreement (NAFTA) is a three-way comprehensive trade agreement between the United States, Canada and Mexico. Signed in 1994, the deal progressively removed tariffs that were restricting on a wide variety of goods. The agreement itself includes a number of provisions, some of which cover rules of origin, customs procedures, sanitary and phytosanitary measures, which include government procurement, investment and more. The full list of articles and rules can be read online.

As we’ve discussed in the past, eCommerce has redefined the supply chains of many companies. As he prepares to meet with representatives from each country to discuss the future of the agreement, Lighthizer opened his office up to outside comments from industry professionals. According to FleetOwner.com, many executives expressed to Lighthizer a desire for the U.S. to remain in NAFTA. These same individuals would prefer to modernize the agreement with updated rules and new infrastructure investments with the idea of better aligning the deal with the new digital world.

Kansas City could play an important long term role in the future of trade. Due to our central location on the continent, the metro area serves as a crossroads for many major highways and railways. We’re also home to Kansas City Southern Railway, a Kansas City-based railroad that deals directly in Mexico. If the trade with our neighbors to the north and south were to change drastically, we could begin to see less freight travel through our area. Inland ports such as the KC SmartPort and Logistics Park could see a drastic decline in business. 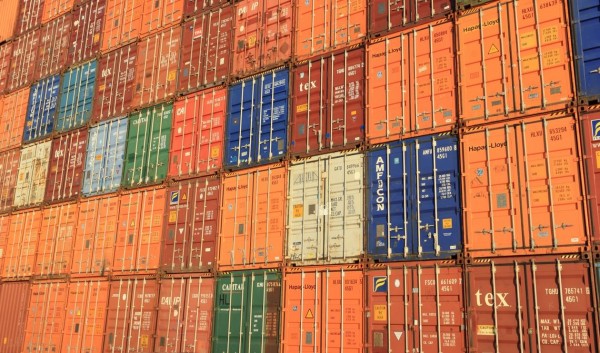