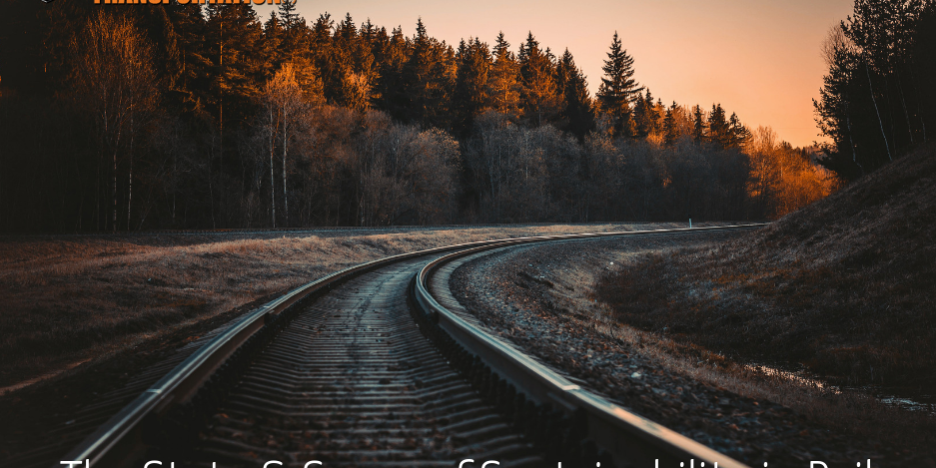 With freight volume reaching record levels and greenhouse gas emissions generating rising concern, the transportation industry is turning its attention to sustainability with mounting energy. The constant rush of goods around the world is unlikely to slow, but new technology and innovations are offering strategies to reduce the environmental impact of this activity. While all sectors are joining the fray, rail may hold particular potential. But just what is the true state — and scope — of sustainability in rail?

The primary, and most obvious, action is making locomotives themselves more environmentally friendly. Like other forms of transport, many rail companies are experimenting with electric and hybrid locomotives versus traditional diesel models.

A notable effort, according to Railway Age, is a project undertaken in California by BNSF Railway, which also operates in Kansas City. Currently implementing several low-emissions initiatives, the global intermodal leader was recently awarded a $22.6 million grant from the California Air Resources Board to test emission-reducing rail technology. In partnership with GE Transportation, this newest venture will develop battery-powered electric locomotives to run freight trains alongside standard diesel engines. Manufacturing is set for 2019, with the locomotives to be deployed in 2020.

While this program is limited to California for the time being, the initiative has the potential to illustrate future possibilities for “clean” rail. Electric locomotives hold a great deal of promise for improved energy efficiency in rail, and the BNSF/GE machines could serve as prototypes for the capabilities and uses of this technology. To demonstrate this, GE is also planning to develop all-battery-electric models (which don’t need to be paired with diesel locomotives) — their AC Evolution Series locomotives will produce 2,400 kWh of power and could reduce train fuel consumption by 10-15 percent. Most US freight trains currently run on diesel, but — as evidenced by the many electric-powered trains around the world and recent electric locomotive initiatives — electric trains are certainly feasible.

In additional efforts, as noted by the Association of American Railroads (AAR), optimization technology is being explored to increase energy efficiency and reduce waste. Using digital computer programs, fuel management systems installed in locomotives provide real-time recommendations for train operation to ensure maximum fuel efficiency and performance. Sensors in Tier 4 locomotives, which are currently being phased into rail fleets nationwide, transmit real-time data on train activity and maintenance needs to optimize performance. Other elements come into play during interim moments — loading and unloading, idling and so on. For example, anti-idling technology such as automatic engine start-stop reduces fuel wasted during train idling and minimizes air pollution, while zero-emission cranes use self-recharging batteries to power cranes used to transfer goods.

The Bottom Line in “Green” Freight

So the big question remains: how environmentally friendly is rail in the end? By the numbers, it seems pretty green. A Carnegie Mellon research team launched a study searching for alternate freight transport methods to reduce emissions and energy use and found that rail is less carbon-intensive than road transport. According to the AAR, moving freight by rail rather than truck reduces greenhouse gas emissions by 75 percent. Furthermore, railways currently move roughly a third of US exports and intercity freight yet produce only 2 percent of the country’s transportation-related greenhouse gas emissions. And work is clearly underway to develop methods to reduce those numbers even further. The precedent set by initiatives such as the government-funded BNSF project shows promise for greater political focus (and action), and innovative technological progress indicates prospects for cleaning up and encouraging the growth of rail transport in the future.
SmartWay is a third party logistics company based in Kansas City. To learn more about shipping options and services, visit our website.