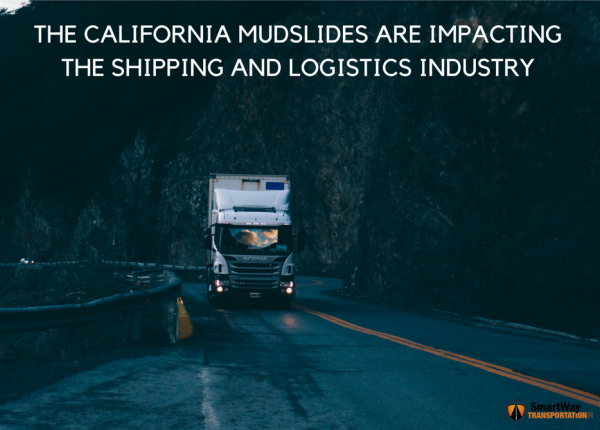 We’re only a few days into 2018 and the West Coast can’t seem to catch a break from Mother Nature. Southern California, an area plagued by wildfires at the end of 2017 has now suffered yet another natural disaster in the form of deadly mudslides. Needless to say, these disasters are causing disruption for the shipping and logistics industry, especially for truck drivers.

On January 11, Santa Barbara officials announced flooding from the mudslides caused the deaths of 17 people. There are as many as 43 still missing and 28 injured. According to Transport Topics, the storm also flooded Highway 101 with water, mud and debris. Travelers and truckers are being forced to use Interstate 5 as a detour to and from Southern California, sending drivers inland and cutting off portions of the coast to traffic. The road closures along the coast have meant many drivers haven’t been able to get goods they are hauling to coastal towns.

Experienced drivers know that situations like this, though unfortunate, are just part of the business. It’s important for truckers to be prepared for disruption and road closures caused by natural disasters, and have a plan for how they will handle it. Sometimes this means finding alternative routes, or simply waiting at a truck stop until a dispatcher has announced roads are clear and safe to travel. No matter where you’re traveling this year, remember to drive safely and always be ready for a potential detour or two.