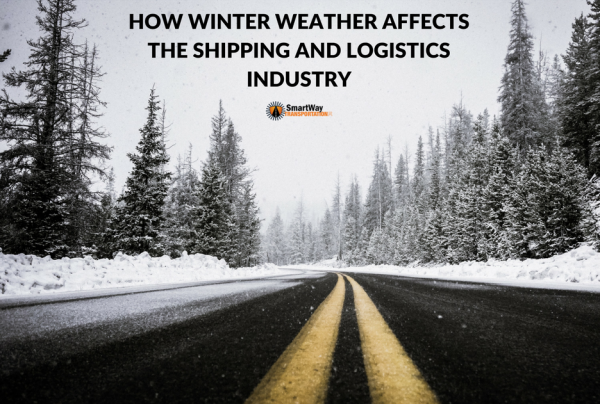 Weather affects the shipping and logistics industry every year. However, this year major winter weather is impacting the industry as a result of the “Bomb Cyclone,” slamming the East Coast. Roads are closed, flights have been cancelled and ports have been shut down to brace for the snow, ice and freezing temperatures. At least 23,000 shipments have been disrupted as of January 5, 2018.

The winter weather affects everything including when people can expect shipments to arrive. FedEx has recently warned its customers to expect disruptions for inbound and outbound shipments in the states of Florida, Georgia, North Carolina and South Carolina. Eighteen inches of snow and hurricane-force winds are expected to hit these areas, which are not used to severe winter weather. UPS said on its website that the storm had caused cancellations of pickups and deliveries in almost 200 Virginia postal codes. Needless to say, the logistics disruption is expected to be widespread.

The winter storm has locked down freight movements across a wide patch of the Eastern United States. Seaports like Philadelphia, New York and Baltimore are facing blizzard-like conditions, bulk vessels are trapped around the frigid Great Lakes and major roads from Virginia to Maine are being rendered too treacherous for trucks by what authorities call an unusually fast-moving and fierce storm, according to The Wall Street Journal.

The shipping and logistics industry does its best to be prepared for winter weather, but when a storm of this magnitude hits, it’s best to just sit back and let nature take its course.