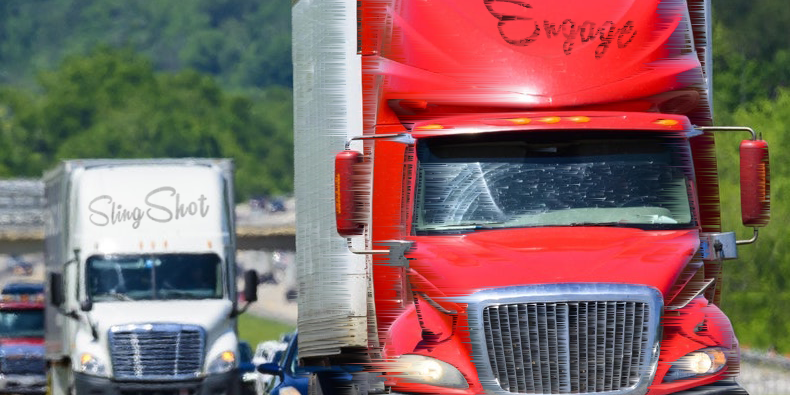 Similar to drafting, truck platooning is a method by which one truck can increase its fuel efficiency by driving closely behind another. The close proximity to each other allows the truck in front to block much of the latter vehicle’s wind residence. The resulting increase in the trailing truck’s aerodynamics causes its drag or wind resistance to decrease, leading to increased fuel efficiency. It’s what Ricky Bobby and Cal Naughton Jr. refer to as “the slingshot” in the hit comedy Talladega Nights.

While this style of team driving is still prevalent in auto racing today, the risk may severely outweigh the reward when it comes to the highway. The general rule of thumb for drivers is to maintain at least one second for each 10 feet of vehicle length at speeds below 40 mph and to add one additional second for speeds above 40 mph. Transport Topics recently reported that TTI, a Dallas-based technology company, is working with the Texas Department of Transportation to research and develop regulations specific to truck platooning. In addition to working with the state government, TTI plans to research the effects that different terrain could have on platooning trucks.

Mike Lukuc, an automated trucking researcher, expressed his concerns, stating, “Commercial vehicles, especially when they’re loaded, don’t accelerate or decelerate well. At a certain point, these commercial vehicles, depending on both load and engine configuration, are not going to be able to maintain their speed going uphill, and are going to have a hard time braking going downhill.”

It certainly doesn’t take a trucking researcher to know that large commercial tractors need more time to slow down, it’s just physics. For vehicles platooning to ever become a widespread logistics tactic, there must be significant innovations in trucking automation. Safe truck platooning will require new technologies such as wireless tethers. In addition, the trucks will need the ability to autonomously communicate to one another while in transit.

That said, the question remains as to whether or not utilizing truck platooning as a tactic is really worth it. Logistics companies looking to refine truck platooning will likely spend millions developing the advanced technology needed to ensure the tactics effectiveness and safety. While the investment may ultimately pay dividends in future, it comes at a risk. When considering the danger that truck platooning poses on the road, along with the fact that green technologies may nullify the investment entirely, the endeavor likely isn’t worth the risk at this time.

The transportation industry is always looking for new ways to innovate. In the past decade alone, the technology we use day-to-day has made significant advances. These advances have opened the door for companies to explore new ways to save money through innovation.