Be they ales, porters, lagers or stouts, there’s no question to the identity of America’s favorite beverage: beer! Before you crack open a cold one and kick back on the couch to enjoy another football weekend, consider where that brew in your hand comes from, or more specifically, how it got there. 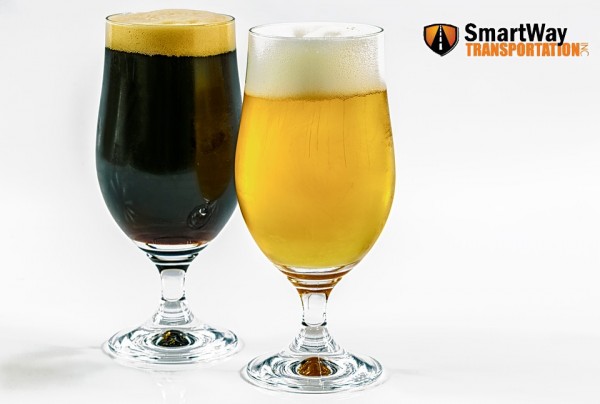 Aside from being delicious, beer is an absolute boon to our nation’s economy. The National Beer Wholesalers Association reports that the beer distribution industry directly employs 135,000 people in the United States, contributing a total of $70 billion to the American economy. Furthermore, distributor activities contribute over $12 billion to the federal, state and local tax bases. This figure does not include the nearly $11 billion in federal, state and local alcohol excise and consumption taxes, much of which goes back into road and rail maintenance in the form of state transportation funds.

With 73 percent of the population over the age of 21, business has never been better for the beer distribution industry. In fact, America’s appetite for beer is only growing as the number of brewery facilities/locations in the U.S. grew to 4,824 in 2015; an increase of about 700 from 2014. For some perspective, 85 percent of all beer consumed in America is domestically produced. For a more local flavor, Kansas has 47 permitted breweries whereas Missouri is home to 116, including local (and now national) favorite, Boulevard.

When it comes to shipping, a manufacturer that mostly sells its beer in-state, or in a relatively small region, won’t incur much in the way of shipping costs, according to a The Huffington Post interview with shipping experts. These days prominent craft breweries are increasingly distributed across the country. Consumers can now their favorite craft brews from Cheyenne and Portland in New York City. Needless to say, trucking all that beer thousands of miles across the continent costs a sizable chunk of change.

According to those same experts, shipping costs often vary significantly by season. Refrigerated trucks out of California are far more expensive in the summer when vegetable producers are also competing for them. On average, it can cost anywhere between $5,000 to $7,000 to send a truck across the country. A standard truck can carry around 18 pallets of goods, and you could fit around 80 cases of beer onto one pallet. Those figures would equate to $0.67 in shipping costs for each six-pack trucked across the country.

No matter your brew of choice, we can all raise a glass to the manufacturers, wholesalers and retailers who all play a part in delivering all that hoppy goodness to the masses!