How Blockchain is Impacting the Shipping and Logistics Industry 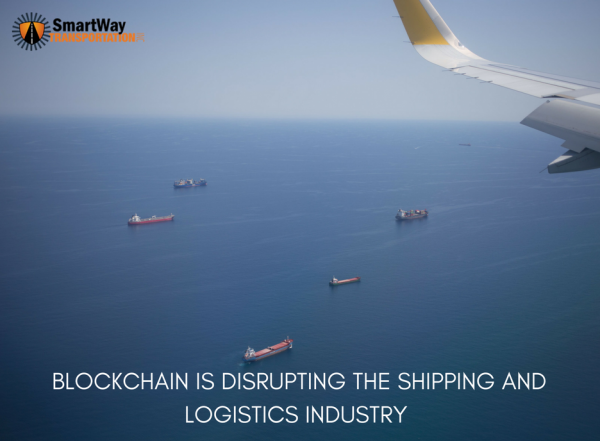 More and more, blockchain is becoming a major part of consumer and enterprise applications. This means we’ll likely see the continued, disruption of vital sectors of the global economy. The shipping and logistics industry is most certainly one of those sectors, as it’s expected to command over $15.5 trillion in revenue by 2023.

If you don’t know what blockchain is, it’s defined by Investopedia as a “digitized, decentralized, public ledger of all cryptocurrency transactions.” Constantly growing as ‘completed’ blocks, the most recent transactions are recorded and then added to it in chronological order, allowing market participants to keep track of digital currency transactions without central recordkeeping. Each node (a computer connected to the network) gets a copy of the blockchain, which is downloaded automatically.

The Blockchain in Trucking Alliance (BiTa) was formed to bring together the brightest minds in the shipping and logistics industry to formulate on how to best utilize the new technology. According to Crypto Coins News, it was specifically formed by experienced tech and transportation executives to create a forum for the development of blockchain standards and education for the freight industry and there are currently 60 members.

The group includes members from industry giants like UPS. The core goal of BiTa is to reduce costs and make shipping more efficient and introduce new blockchain technology.

John Larkin, an industry analyst at Stifel, believes that BiTa’s impact is still “years away,” while calling those logistics companies that won’t comply with the standards of BiTa “potential losers.”

Crypto Coins News says BiTa will begin by providing educational resources, open forums, conferences, and supplementary information as to inform those in the industry about the latest happenings across the intersection of freight and blockchain.