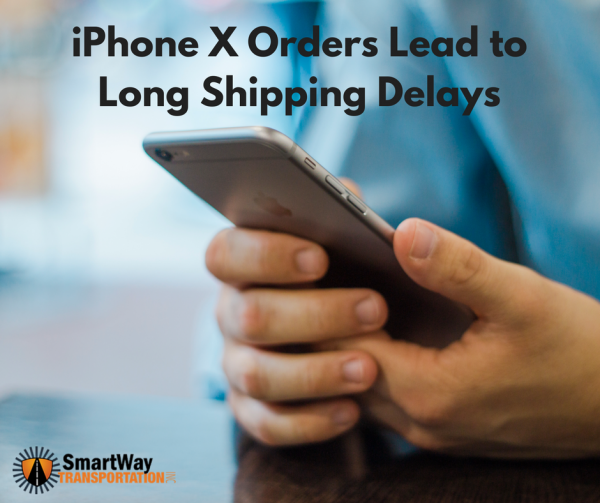 In case you hadn’t heard, news of the iPhone X has been exploding on the internet. In fact, those who couldn’t wait for the state-of-the-art gadget quickly jumped online to pre-order the smartphone with the highest ever starting price for a mobile device. Because of this exceptionally high demand, it now looks as though the iPhone won’t be in the hands of these customers until as early as December. It has been reported that it will likely take five to six weeks for the new iPhone X to ship.

Given the rumors that Apple doesn’t have enough iPhone X units to satisfy demand, this delay isn’t that bad, though those shipping times may be extended further, according to Mashable.

When the pre-order option opened on the Apple website, the shipping estimates were around two to three weeks. That number quickly rose to four to five weeks and then jumped again to five to six weeks. It’s possible that this number will rise even higher. Specifically, Apple is struggling to meet demand due to manufacturing issues related to Face ID components.

If December sounds too far away to get your hands on the iPhone X, you might be able to snag one from Apple retail stores starting in early November.

The shipment projections are being closely monitored by many parties as they’ll likely shed light on consumer desire for one of Apple’s most anticipated product launches. Investors have sent Apple shares up about 35 percent over the past year and pushed the company’s market value above $800 billion, largely on a bet that new iPhones will deliver record sales, according to the Wall Street Journal.

A survey by Creative Strategies found that some 40 percent of consumers who plan to purchase a new device in the next six months said they wanted to see the iPhone X at a store before deciding what model to buy. That means shippers will likely see heavy traffic in the coming days and weeks as these state-of-the-art units make their way to storefronts round the globe.