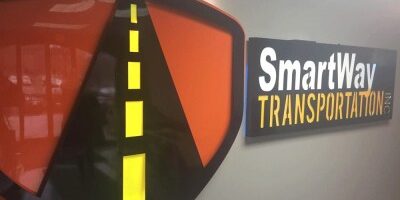 Over the summer, Thinking Bigger Business Media Inc. interviewed the management team at SmartWay Transportation, a third party transportation logistics company, to learn more about the growth in their Overland Park, Kansas office. 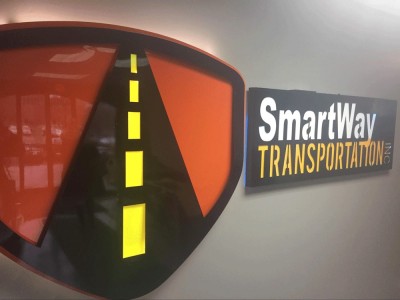 James Hart, managing editor at Thinking Bigger, was curious to learn how a group of four high school friends grew their business to over 30 employees in less than six years. Throughout the interview, the founders expressed a variety of factors which helped the company grow. Chad Jegan, president of SmartWay Transportation, said even in the hardest of times, shipping is always going to be around. The team went on to discuss, unlike many other companies that have had to shut their doors in the aftermath of the Great Recession, the small Overland Park-based logistics provider has not only survived, but has thrived over the last six years. So much so that over the last three years their revenue has climbed 54 percent, on average.

Justin Boehm, operations manager at SmartWay Transportation, thought it was important to remain flexible as. “Nothing works out as you have put it down on paper. Everything changes constantly. With that, you have to have an open mind,” explained Boehm. He also believed it was important to pay attention to everything one may hear, both good and bad.

The founders also discussed how they used to be required to make partial payments up front to prove they were a real company, but they remained steadfast in operating in a way that earned them a strong reputation among their vendors and clients. The team became focused on doing things the “right” way, which included hiring the right kind of people in their office. Originally, they used recruiters to bring in new talent, but since then have shifted their focus to social media marketing to bring in the added workforce.

SmartWay Transportation continues their search for additional talent. Anyone interested in applying can learn more about the position online or email their resumes directly to hr@smartwaytrans.com.

How Summer Weather Can Affect the Shipping Industry
June 11, 2018

How to Manage Shipping Costs as a Small Business
June 6, 2018

Why Alternative Shipping Methods Can Save Businesses Time and Money
April 25, 2018

What You Should Know About China’s Promise to Reduce Auto Tariffs
April 13, 2018