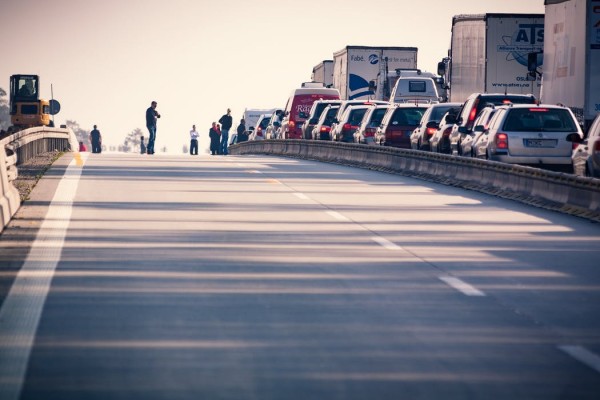 Last week, in his State of the Union address, President Trump announced his new infrastructure bill will require for around $1.5 trillion in government funding. According to Fleet Owner, Trump stated that a modern upgrade to our nation’s infrastructure is what America’s people and economy need.

The source of the funding for Trump’s plan is what has so many truckers and travelers worried. The President requested that the money come from “partnering with state and local governments and, where appropriate, tapping into private sector investment to permanently fix the infrastructure deficit.”

Many ideas have been discussed about how the country pay for this infrastructure plan, including raising fuel taxes, adding more toll roads and commercialization of highway rest stops.

The American Trucking Association has pondered the idea of raising fuel taxes to fund the construction of new roads and infrastructure improvements, however this idea has yet to pique the interest of Congress. Trump stated that his administration will continue to seek deals that are “fair, and very importantly, reciprocal.”

Fleet Owner suggested that a main point of concern comes from the president giving flexibility to the states to put a toll on existing roads and interstates. More toll roads means traffic is going to be moved away from the highway and onto secondary roads, for the sake of not having to pay the toll. Truck drivers especially will try to avoid paying these tolls, and it could cause serious congestion on the secondary roads. In turn, this could start to cause delays in freight delivery.

Stephanie Kane, spokesperson for the Alliance for Toll-Free Interstates, said, “In addition to the diversion onto secondary roads, which causes congestion and public safety issues, tolls will do unimaginable harm to businesses, as shipping and manufacturing prices skyrocket to account for these new costs.”

President Trump has made our nation’s infrastructure one of his top priorities, and we hope to find out more about how he will deal with this issue in late February.